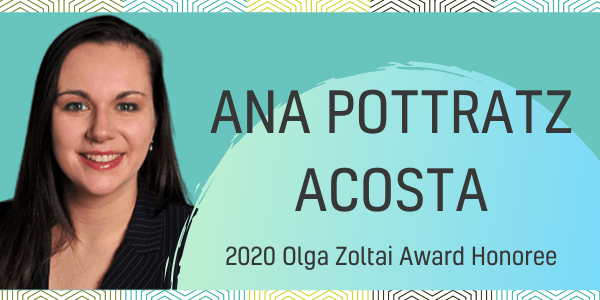 Each year, the International Institute of Minnesota presents the Olga Zoltai Award in recognition of outstanding community leadership by, or in service to, New Americans. Ana Pottratz Acosta will become the fifth recipient of the award at our annual International Women’s Day celebration on March 8. Please join us to raise funds for the critical services of the Institute and honor New Americans and leaders like Ana.

In today’s environment of rapidly changing immigration policies, Ana Pottraz Acosta has been at the forefront of educating the community and providing critical legal services throughout Minnesota. As an attorney and assistant teaching professor at Mitchell Hamline School of Law, she is committed to representing vulnerable clients and advocating for New Americans.

Ana, the daughter of a Mexican immigrant, grew up in Central Minnesota. Given her family background and a desire to use her Spanish language skills, she gravitated toward a career in immigration law. In law school, she had the chance to work on an asylum case; “After that,” Ana remembers, “I was hooked. I realized that this is what I want to do.” Upon graduating, she worked at Lutheran Social Services of New York for six years advocating for immigrant and refugee populations.

Ana later returned to Minnesota and worked in private practice, but “in my heart of hearts, I was always a nonprofit attorney,” she reflects. Now in her role at Mitchell Hamline, Ana teaches immigration law and instructs at the Medical-Legal Partnership health law clinic, which is based in a healthcare center where about 30% of the patient population is foreign-born. Through this program, Ana has the opportunity to represent clients in immigration, social security disability and other legal matters. Although she wishes our nation wasn’t facing an onslaught of policies that negatively impact New Americans, Ana says she is glad to be “in a position where I’m able to help people and educate the next generation of lawyers who want to do this work.”

As a teacher, Ana feels fortunate to have “an army of students that I can rally to help respond to different crises.” Along with her students and partners, Ana has taken a mobile law office across the state in response to the increasing need for legal services in Greater Minnesota. In the spring of 2017, for example, they organized a series of legal screenings and safety planning clinics throughout Central Minnesota in partnership with Mid-Minnesota Legal Aid.

“This has all been a team effort,” Ana says about the law and nonprofit communities’ collaborations over the years. “There are so many people that are doing amazing things right now, and no one of us is working in a vacuum. There are so many of us who have stepped up and done this work. Our work all complements each other.” 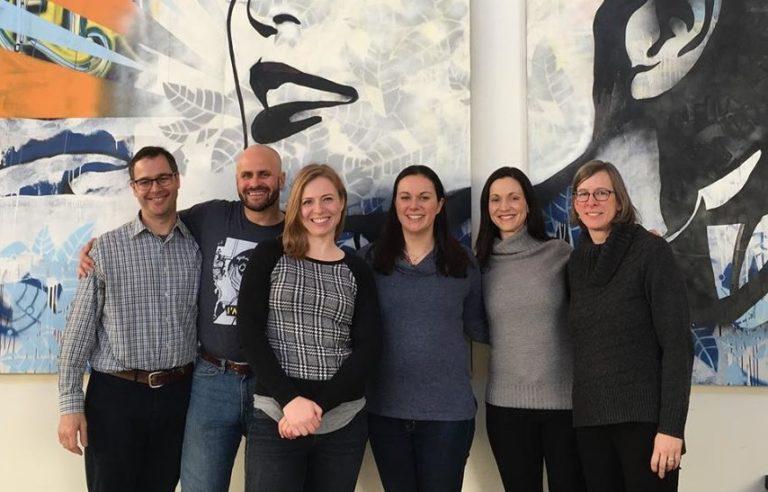 In the fall of 2017, another crisis struck when the U.S. government ended the humanitarian parole element of the Central American Minors (CAM) refugee program; thousands of young Central Americans were denied the ability to safely join their families in the U.S. and were denied protection from the deadly gangs dominating the region.

At the time, local immigration lawyers were already volunteering in high numbers due to the end of the Deferred Action for Childhood Arrivals (DACA) program, so they didn’t have the capacity to assist the people impacted by the end of CAM humanitarian parole. Ana reached out to the Institute, the Advocates for Human Rights, and the International Refugee Assistance Project (IRAP) to combine forces to help those impacted by the CAM program changes.

She consequently organized two clinics at the Institute staffed by volunteer law students (whom she recruited and trained) and volunteer attorneys; their objectives were to 1). Screen children living in Central America to identify issues that would allow their cases to be reviewed by the government and 2.) Screen CAM parolees already in Minnesota for immigration remedies that would help them remain here with their parents. After the clinics, Ana reviewed the screening forms, summarized legal theories for each client, and referred cases to the Advocates for Human Rights or IRAP for possible free legal representation. Working around her existing teaching schedule and strict filing deadlines, Ana completed much of this demanding work on evenings and weekends.

“There were a lot of people who came together very quickly with their piece of the puzzle,” Ana recalls. “I was very proud of it; it was a very successful project that we worked on.” Ana’s leadership on this effort resulted in 37 CAM parolees receiving free legal screenings, which meant a chance at long-term safety and stability in the U.S. “We couldn’t have done it without her,” said Micaela Schuneman, Director of Refugee Services at the Institute.

Ana has also used her voice and expertise to advocate for asylum-seekers in Mexico. In December 2018, when there was an acute need for lawyers with asylum law expertise at the border, Ana went to Tijuana to represent asylum-seekers and also shed light on the experience through national media outlets. 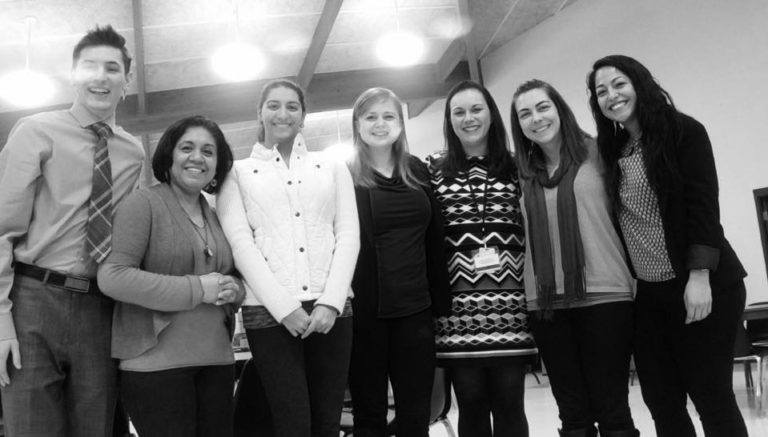 Ana is also an active member of the American Immigration Lawyers Association (AILA). She has been a member of the Minnesota Dakotas chapter leadership committee for the past three years and is a former co-chair of the advocacy committee. She is the current vice chair and incoming chair of the local chapter. Ana also attends the AILA National Day of Action in Washington, D.C. each year and regularly meets with national and local elected officials to advocate for humane immigration policies and laws.

Reflecting on what she’s most proud of in her work, Ana thinks of the transformation and resilience she witnesses in her clients. She notes that asylum-seekers, for example, “when they first come to you, they usually have undergone pretty horrific trauma and are very broken down as a person a lot of the time.” After they win their case and the burden of their insecure immigration status is lifted, “it’s sort of like a night and day difference,” Ana recalls. “It’s almost like a light turns on in their eyes.”

“[Seeing a person] rebuild their life here in the United States and be successful, knowing that I played a part in making that happen is very, very rewarding,” Ana adds.

Speaking about the current political climate, Ana believes that one thing that’s missing from our dialogue is empathy — and this goes for both sides of the political spectrum. “At the end of the day, we’re all human beings just trying to do our best. Somebody from another country has the same hopes and fears and flaws as any person that you meet … you probably have a lot more in common with them than you realize. They love their kids, they want to work hard and provide for their family.”

Ana notes that as she is working and learning from her clients, she sees how important it is that they have agency over their lives. Immigrants, refugees, people living in poverty and others who are disadvantaged, “they don’t necessarily need a savior to come and be their hero,” she asserts — they might just need a supportive hand.

She urges us to see newcomers not just “with the lens of ‘They’re an immigrant, they’re a refugee, and that’s all that there is to their personality or their humanity.’ Every human being is a complex and nuanced person.”

“Refugees are not necessarily heroes, they’re not these villains — they’re somewhere in between,” Ana concludes, “just like all of us.” 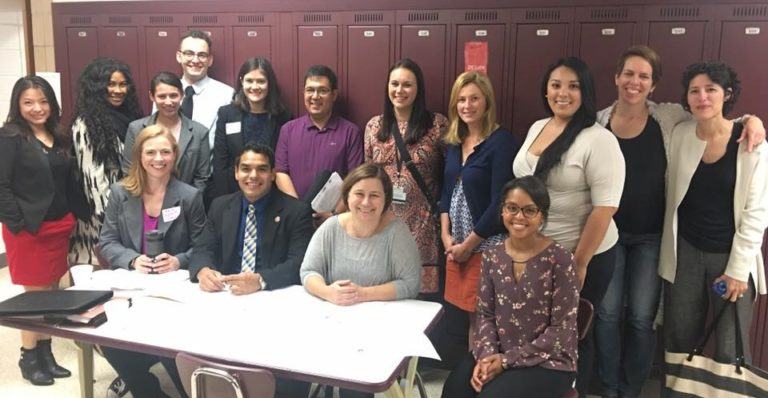 Get your International Women’s Day tickets to hear from Ana and other community leaders on March 8. Thank you for showing your solidarity with the New American community!