New American Nurses Encourage Nursing Assistant Students: “I made it, and so will you.” 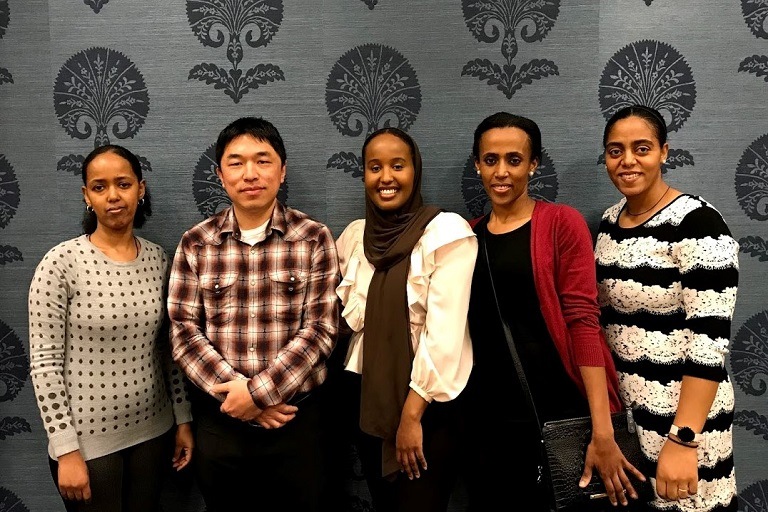 “People were telling me, ‘How are you going to do this? You have a lot of responsibilities. You are raising three boys, and it’s going to be hard for you.’ But I proved that if I work hard, nothing is going to stop me.”

Yane, along with three other Medical Career Advancement (MCA) graduates, shared these and many other words of encouragement with Nursing Assistant Training students at the International Institute of Minnesota last month. The Institute hosts a quarterly panel so future Certified Nursing Assistants (CNA) can learn from and engage with those who have been in their shoes — New Americans who are building their careers in the health care field.

Yane understands their hopes and concerns. Two years after arriving in the U.S. from Ethiopia, she completed our Nursing Assistant Training Program as a first step toward reaching her goal of becoming a nurse. She began working as a CNA while also taking English and general classes at local colleges. In 2017, she successfully completed her associate degree in nursing and later passed the NCLEX to become a nurse.

Yane and her peers Kiddist, Banchi and Peter shared their challenges and triumphs with the group — a room that was eager to hear from New Americans who have walked similar paths.

Kiddist, also from Ethiopia, stressed the importance of commitment as well as organization and balance. Currently working as an RN, her ultimate goal is to achieve a master’s of science in nursing with a particular focus on the geriatric population; she is expected to graduate with her bachelor’s of science in nursing in 2021. Kiddist also got her start as a nursing assistant student at the Institute.

Peter, who came to the U.S. in 2009 as a refugee from Burma, worked as a cook and driver before completing CNA training at the Institute. Peter recently graduated from an LPN (Licensed Practical Nurse) program and is now taking classes for his RN while also working as an LPN. He is a first-generation college graduate who wants to be a model for his family and community. Peter spoke about his challenges along the way and urged students not to be afraid to ask their classmates for support. Discussing the difficulties of language and testing, Peter emphasized that “commitment is very important.” Yane echoed that sentiment, noting that she needed to study eight hours a day (with three young boys!) to reach the level of her classmates.

The MCA graduates also noted the importance of financial aid, scholarships and money management — all elements that the Institute assists with as part of the MCA program. Our free College Readiness Academy is also an important resource as it can save students thousands of dollars.

As the nursing assistant students have likely already experienced, Yane noted that classmates, instructors and colleagues may treat you differently because of your accent or grammar or because of where you come from or what you look like. “Try to speak up and talk to somebody,” like Institute staff, your friends or your tutor, she advised.

At one point, Yane faced a seemingly insurmountable barrier and thought she couldn’t continue with her studies. With the help and advocacy of our Medical Career Advancement team, Yane went back to school. “Never give up,” she urges. “Work hard. Show who you are by working hard.”

Banchi, an RN who came to the U.S. from Ethiopia in 2009, also shared with the group that people may “pick on you” for your accent and language, but “just ignore them and just focus on your dreams, your dreams to become a nurse. Just work hard on that.” Banchi, a married mother of four young children, is set to complete a bachelor’s of science in nursing this year.

Kiddist echoed her peers’ reflections on discrimination toward New Americans. In the face of racism, she says, “Don’t give up, just do your job and go forward … don’t go backwards because of that.”

One nursing assistant student asked the panel how they manage home responsibilities with their progressing careers, an especially important consideration for parents. “Use your time very wisely,” Yane advised. “When I was changing my kid’s diaper, I was studying. When I was cooking, I was studying … I always had my flashcards in my pocket.” She also mentioned the importance of self-care, including exercise, prayer or meditation. “Unless you take care of yourself, you can’t take care of others.”

As a mother of four, Banchi emphasized that hard work, sacrifice and a good support system at home are key to being successful. The only time she was able to study was after putting her kids to bed. “I sacrificed my time, and I sacrificed my personal life,” she told the students, “but in the end it will pay off for you guys.” 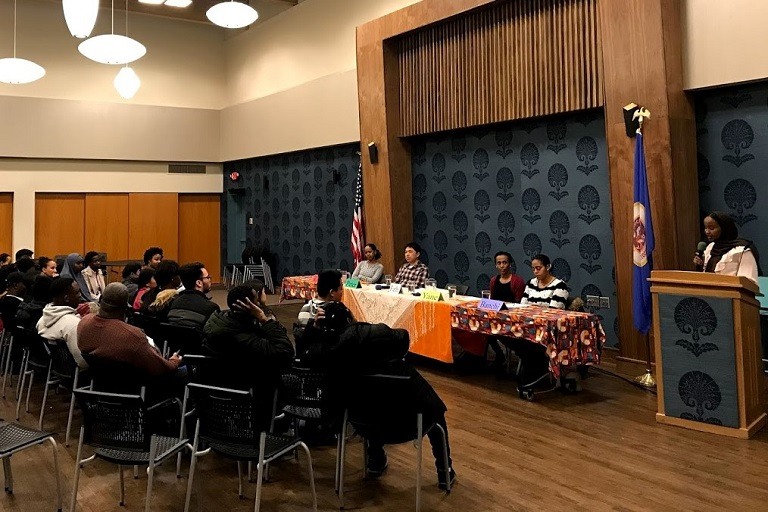